Mobile Defenders has undergone a lot of transformations over the years, but it’s our roots that set us apart. With this blog and our next, we will be taking a look at our early days with Genius Phone Repair and how our small repair operation grew into what we are today, Mobile Defenders.

Fixing Phones on the Side

Mobile Defenders definitely didn’t happen by accident, but it wasn’t our first thought either.

“I started fixing iPods and iPhones to pay my tuition at Grand Valley State University (GVSU),” Our founder, Jordan Notenbaum said of the early days. “I placed myself in high pressure situations by sitting at Panera or Burger King across from my customers while I fixed their phones. It wasn't fun if I made a mistake, so I had to get really good at repair quickly.” 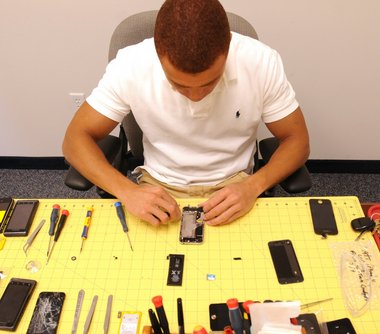 From humble beginnings, business began to grow when he took his repair skills online and posted on eBay and Craigslist. From there, he began to get mail-in orders and would repair broken devices at his kitchen table between classes and his job. It wasn’t until one of his customers suggested it, that Jordan and his partners started to consider opening a brick and mortar storefront.

“One of my partners (Garry) said ‘if we aren't ready to open a store now, we shouldn't be doing this’,” Jordan recalls, “that pushed us over the line.”

The Birth of Genius

The first Genius Phone Repair opened in 2011 in Grandville, MI. At the time, the repair industry was a relatively new one, but it quickly proved to be a growing industry as business began to pick up, leading to the second Genius Phone Repair store in Grand Rapids, MI. From there, they expanded to multiple locations throughout Michigan, Indiana, and Illinois. 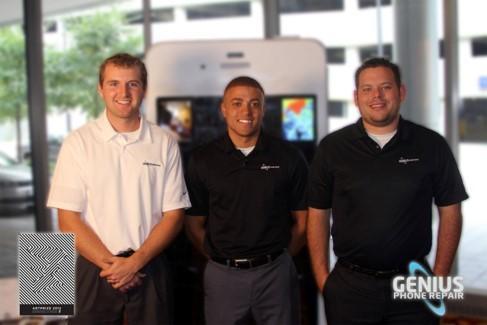 But as they grew, becoming busier and busier, they continued to run into the same problems: ordering parts was becoming a nightmare.

“While I was managing my store, it was difficult just finding ways to ease our busy tech’s minds,” says Tyler Spratling, now our Procurement Manager at Mobile Defenders. “Ordering parts during a busy day could be really stressful.”

At this point in the repair industry, there was no such thing as a one-stop shop. Each distributor only carried a few parts. In order to get all of the parts, even one of the multiple storefronts needed, you would need to order from sometimes two or three suppliers.

Being in the trenches of busy repair shops and seeing these problems, a spark of an idea began to catch fire. What if we could be the one-stop shop that we needed?

The retail shops were too busy to be running all over the place to find their stock, so Mobile Defenders was born to help them to focus their efforts on day-to-day operations. Initially, we only sourced and stocked parts for Genius Phone Repair stores.

“We went to China [the mobile phone part hub of the world] in 2012 and just figured it out from the ground,” Jordan said.


There wasn’t a lot of information to work off of, considering there was a lack of suppliers at the time.

“It was a lot of trial and error,” adds Spratling. “It was really fun watching something that started from nothing start to grow.”

And to call it growth may be a bit of an understatement. With the introduction of Mobile Defenders, Genius Phone Repair exploded. We saw how effective Mobile Defenders was with just our shops and a natural evolution began.

As new ideas started to take shape, this would turn out to be only the beginning for Mobile Defenders. The growth of Mobile Defenders is a story of its own, and in our next blog, we’ll be tackling just that. We'll dive into how Mobile Defenders grew from the seedling of an idea — something born out of necessity to fuel the engine of our repair shops — to the global industry leader we are today.

With that, this story is to be continued...