As a repair technician, you have replaced countless iPhone screens and may have found that OEM refurbished screens are hit or miss, when in theory, they should be the most reliable.

If you have experienced touch issues after installing an OEM refurbished display assembly on the iPhone 7, 7 Plus, 8, 8 Plus, XR, or 11 (non-OLED models), the problem may not be a defect, but instead a compatibility issue.

Touch issues and why they’re occurring

Apple has used multiple manufacturers over the years to produce displays for the different iPhone models. When the iPhone 7 and iPhone 7 Plus were released, the three companies manufacturing LCDs were Sharp, Toshiba, and LG. This LCD makeup was different from previous models, with digitizers and display color becoming a problem unless calibrated. Device calibration provided a unified experience for consumers no matter the LCD manufacturer, while providing a reliable product for Apple.

When iPhone owners brought their device in for a screen repair, although, techs began seeing an increase in touch issues post-repair. Since the devices had been calibrated to the needs of the Sharp, Toshiba, or LG LCD, attaching an OEM refurbished screen manufactured by one of the other companies, in some cases manifested the issues. While Sharp and Toshiba tended to be more compatible with each other, installing them on a LG-calibrated device caused things like intermittent responsiveness and ghost touch.

How to decipher the LCD manufacturer and reduce issues during repair

After removing the broken LCD assembly, detach the backplate and note the serial number etched on the backlight. If the serial number begins with either “DTP” or “C3F”, it is an LG screen and therefore the device is LG-calibrated.

According to We Buy LCDs, “If the iPhone was originally calibrated for an LG LCD and [is later replaced with] a Toshiba or Sharp LCD, then there is a 50% chance of touch problems.” Due to the likeliness of repair shops coming across these issues, LG OEM refurbished LCDs hit the market. By using an LG refurbished screen on an LG-calibrated device, a reduction in issues and an improvement in touch experience occurred.

You may be wondering, “how do aftermarket LCDs perform on LG-calibrated devices?” Great question. Aftermarket was actually designed with these issues in mind and has been built with a wider tolerance. Therefore, repair shops should see aftermarket assemblies perform well across all manufacturers. 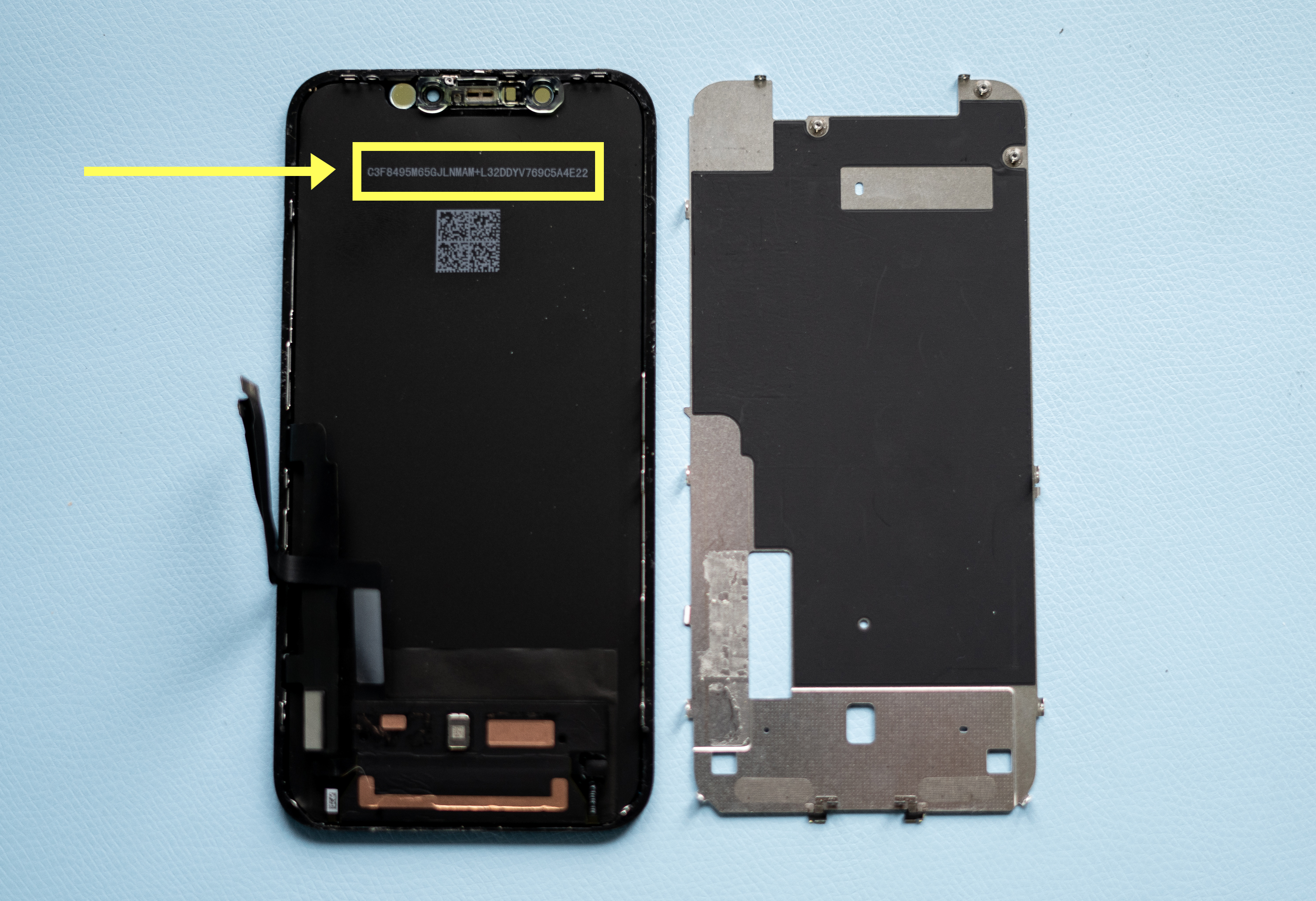 How many LG LCDs to keep in stock

Our Mobile Defenders technicians did a market test to understand how often a repair store may come across an LG-calibrated iPhone. They found that ten percent of the phones tested were manufactured by LG.

Every store’s repair volume and quality preference is different, so the number of OEM refurbished LG LCDs needed will vary based on the number of iPhone screens the store typically repairs. If your store prefers to repair with PRIME display assemblies, and you typically keep five screens on hand, we suggest having at least one or two of them be PRIME OEM refurbished LG LCDs based on that research. Remember, aftermarket LCDs were designed with these issues in mind and have been built with a wider tolerance. Therefore, they are another reliable option for the iPhone 7 series, 8 series, X, and 11 models.